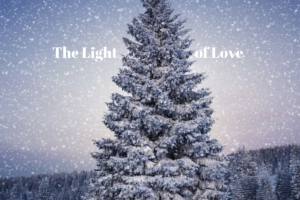 …remember that at that time you were separate from Christ, excluded from citizenship in Israel and foreigners to the covenants of the promise, without hope and without God in the world. -Ephesians 2:12

The world’s telling its side of the story

Sitting on a cold, hard bench in a bus terminal John looked worried, even fearful. He was jumpy and couldn’t relax even though his bus would not be loading for another hour. A well-dressed man in his 50’s noticed him and couldn’t help but wonder if he needed help. Unable to suppress his curiosity and concern any longer, he approached John. What he found out was that John was running from an abusive father. There would be no relaxing until he was safely on the bus and out of town. Years of physical and verbal abuse, a sense of being a total failure, and completely unwanted had left John feeling very much like an orphan. He had not felt safe in years and wasn’t even sure what it felt like to begin with. God, family, even society had been shaped by his world within the walls of the house in which he had lived.

The preacher pounded the pulpit and shouted loud and fiery words at the congregation. The small congregation had been in decline for some time. One by one, family by family, the congregation dwindled. Each one leaving quietly, without a word. To them it was like an escape from prison, an abusive one at that. They ran from shame, guilt, and pain. The culture of the church was controlling and condemning. With nearly every word of the preacher hopelessness grew. To them their heavenly father was a very angry god. How could they please a god like that? And if they couldn’t please him, then run for cover and try to escape.

Unnoticed and unchallenged Tommy fell through the cracks. He had learned the art of sarcasm and quick wit. To him, everything was a joke. At school, on the soccer field, or at the now third foster home, Tommy was not one to cause problems. They say the squeaky wheel gets the oil, but he didn’t squeak. The problem was no one had taken the time to get to know Tommy. Since his parents died, part of his life and heart had become shut off. He wore a facade and had become dark inside. Over the years, he lost himself and felt lost to everyone around him. He had been told God took his parents, the foster care system shuffled him around due to family challenges he had been placed into, and changing schools had made it difficult to have or keep friends. Tommy was 14 and thoughts of suicide went unnoticed.

Without God or God with us

The Christmas story of God sending His Son as a baby in a manger is well known. The declaration of the prophet and then described in the Gospels sums it up in the name Immanuel – God with us. To some this is a beautiful and calming thought. However, to some, like the ones in the stories above, perhaps not. This world is full of misrepresentations. Life experience and what others have shown us through word or deed all work to form our perception of God. Is He safe? Is He good, loving and kind? Or is He angry, abusive, and demanding? Will He help me, does He love me, does He care?  Answers have to be seen in the Light of context. ‘God with us’ is powerful when in the proper context. John 3:16 puts it in that context. “For God so loved the world, that He gave His only begotten Son, that whoever believes in Him should not perish, but have everlasting life.” Love is the context and that context needs to be seen and experienced. This world and those engulfed in it go around representing ‘us without God.’ For those of us who believe, it is vitally important to acknowledge that ‘God with me’ has a purpose. It represents to the world ‘God with US.’
‘God with us’ should be powerful, peculiar, and personal. ‘God with us’ is my salvation and forgiveness. The relationship that it implies should flow like a river to strongly counter the messages of this world. ‘God with us’ is still loving and giving to a world that cost the blood of Jesus.

Edgar was the man reaching out to John. What he felt for John was more than human concern. He felt compassion and felt that Holy Spirit wanted to love John through him. Edgar sat, listened both to John and to God, who was with them. As they spoke, John realized the tension from his shoulders had gone. He knew there was something genuinely different about Edgar. How Edgar knew some of the things that were going on in his mind and heart baffled him. As John shared his story, Edgar would say things from time to time. Things that made John feel like he was known, like his story mattered, and that he was not alone. Wow! What a feeling and how do you explain that in such a short time? Holy Spirit was speaking through Edgar right to John’s heart. With the precision of a gifted surgeon, God had revealed that He, a loving heavenly Father, was with John. John’s circumstances had not changed, but before this night was over, John had.

Sobs could’ve been heard from the bedroom had there been anyone else in the house. Broken, frustrated, and at the end of himself, that preacher of fire and brimstone came undone. He had not just passed his fears, need for control, and insecurities off on the congregation. He had also driven off his wife and children. He was alone. He had failed his family, his congregation, and now, he feared, God. It hadn’t always been this way. He could remember his first God encounter in the church at the center of town. He walked out that night alive and in love. Passion was gone now. The busyness of ministry had taken over. In the absence of a vital relationship with God, insecurities grew and control was his new mode of operation. Fear and shame worked well for that, at least for a time.
The sobs were in fact heard though. A knock on the door at 11:30 at night revealed one of the pastor’s old college buddies. He had left after work and driven five hours to be there. Immanuel had summoned him to the house. Even though they had not seen each other for years, Holy Spirit impressed upon his heart to call on his old friend. The intensity caused him to go immediately after work.
The pastor’s friend brought a message. He began by saying, God has a word for you. He began to speak prophetically. He spoke of how God saw him as a son, a mighty man of God, and the call that was on his life. He spoke of faith and a future that were still part of God’s will for his life. Rather than hearing the condemning messages he had preached thrown back at him, God was reminding him of who he was and whose he was. Conviction began to bring him back to the man in love with a Savior, a God of grace and mercy, a good Father. A new man and ministry were birthed that night.

“What are your dreams for the future?” That was the question Tommy had just been asked. “Dreams?” He had never thought about it. The only answer he could muster was, “I don’t know.” That answer wasn’t adequate and the person who asked wasn’t going to let it go. “Oh, come on, think about it. What do you enjoy?” Tommy got still for a moment. No sarcasm surfaced this time. There were no deflecting jokes. There was something penetrating about the question or maybe it was the way the question was asked. It may sound silly, but it was like there was hope attached to it. Hope that perhaps there was a dream there to be discovered, a future beyond what he had known. Up to this ‘chance’ conversation, perishing had taken over his thoughts. Now someone was digging into his heart and planting seeds of eternal life, significance, and even family. A new reality was birthed that day that began to grow. A loving heavenly Father wanted to dream with Tommy and invite him into a place of belonging in His family as a son with an inheritance.

…and they will call him Immanuel (which means “God with us”) -Matthew 1:23
Jesus is Immanuel, God with us. God with us, means God with those around us. The darkness of this world keeps people in obscurity lost without God. God with us is an invitation to let our light so shine that people would see our good works and recognize that God is indeed with us. Let’s be a sign to a dark world that Immanuel is the same yesterday, today and forever. They will know us by our love.